Nitrogen is the single biggest cause of the yield gap in Australia, with this gap often being bigger in high production years (Source: Professor James Hunt, University of Melbourne).

Our variable climate often makes it difficult to find the right balance between too much and too little nitrogen. This year, farmers may have been conservative in their nitrogen approach due to high fertiliser costs and uncertainty about the season but may now be wondering if a late-season top-up would be beneficial given full moisture profiles and high yield potentials across the Riverine Plains.

A soil test at the start of the season is the best way to understand how much soil nitrogen is available, as well as likely mineralization rates; this then informs the nitrogen budget based on the seasonal conditions. This year, better-than-expected conditions may mean targeted nitrogen application rates may be lower than needed to maximise crop yield.

The good news is that if your background paddock fertility is high, your soil will have a buffer which will allow crop nitrogen requirements to be met through mineralisation. But if your paddock fertility is low, crops were sown late, or there is a nitrogen deficit, there may still be an opportunity to discuss a late nitrogen application with your agronomist.

Returning a protein result of less than 11.5% for wheat at the end of the season is an indication that wheat yield has been limited by nitrogen.

Wheat: The most efficient time for nitrogen fertiliser application is at stem elongation (GS31-32) because this is when wheat has its most rapid uptake of nitrogen (and there are typically fewer environmental losses). In situations where nitrogen is limiting, wheat will show a yield response to nitrogen applications up until flag leaf emergence (GS39), while later applications (flag leaf emergence to anthesis) will generate a protein response, providing there is follow-up rainfall/ irrigation.

With wheat already at, or fast approaching, flag leaf emergence, the window is closing to achieve an economic yield response to a late nitrogen application, though there is still potential for a protein response.

As a rule of thumb, wheat requires 40kg N/ha for each tonne of grain produced through a combination of soil mineral nitrogen at sowing, fertiliser and mineralisation during the growing season.

Canola: The window for economic nitrogen applications for yield in canola has also mostly passed, except in late-sown crops. Canola yield is determined earlier than wheat, with nitrogen uptake most rapid during the stem elongation stage, which is why nitrogen is most often applied up until early flowering (late/excessive nitrogen can also reduce oil in canola).

As a rule of thumb, canola requires 80 kg N/ha per tonne of grain produced.

There’s increasing recognition that nitrogen needs to be viewed in the long-term because it is essential for maintaining soil organic matter in continuous cropping systems. Nitrogen is mineralised from soil organic matter by microbes; if soil organic matter declines over time, the soil loses its ability to supply nitrogen to crops and this increases the reliance on fertiliser to achieve the same potential yield.

A crop gets less than half of its nitrogen requirement from fertiliser - the rest comes from mineralisation and soil reserves. For this reason, it is important to consider nitrogen in the context of the entire system, not just in terms of this year’s crop.

Usually only about 50 percent of applied nitrogen fertiliser is taken up by the crop in the year it is applied, however in our environment nitrogen reserves can carry over. This means that a portion of unused nitrogen can be used by the following crop and help maintain soil organic matter. Growers should keep systems in a slightly positive nitrogen balance to maintain soil fertility.

Consider building overall system fertility and nitrogen reserves by incorporating a pulse crop, pastures, and pasture legumes into your system; this improves soil organic matter and returns nitrogen to the soil for later use (while also providing a pest and disease break).

Getting The Most Out of Your Deep Soil Nitrogen Testing

Grain crops require plenty of nitrogen to deliver good yields, and when soils are nitrogen deficient, adding fertiliser into the system is necessary. 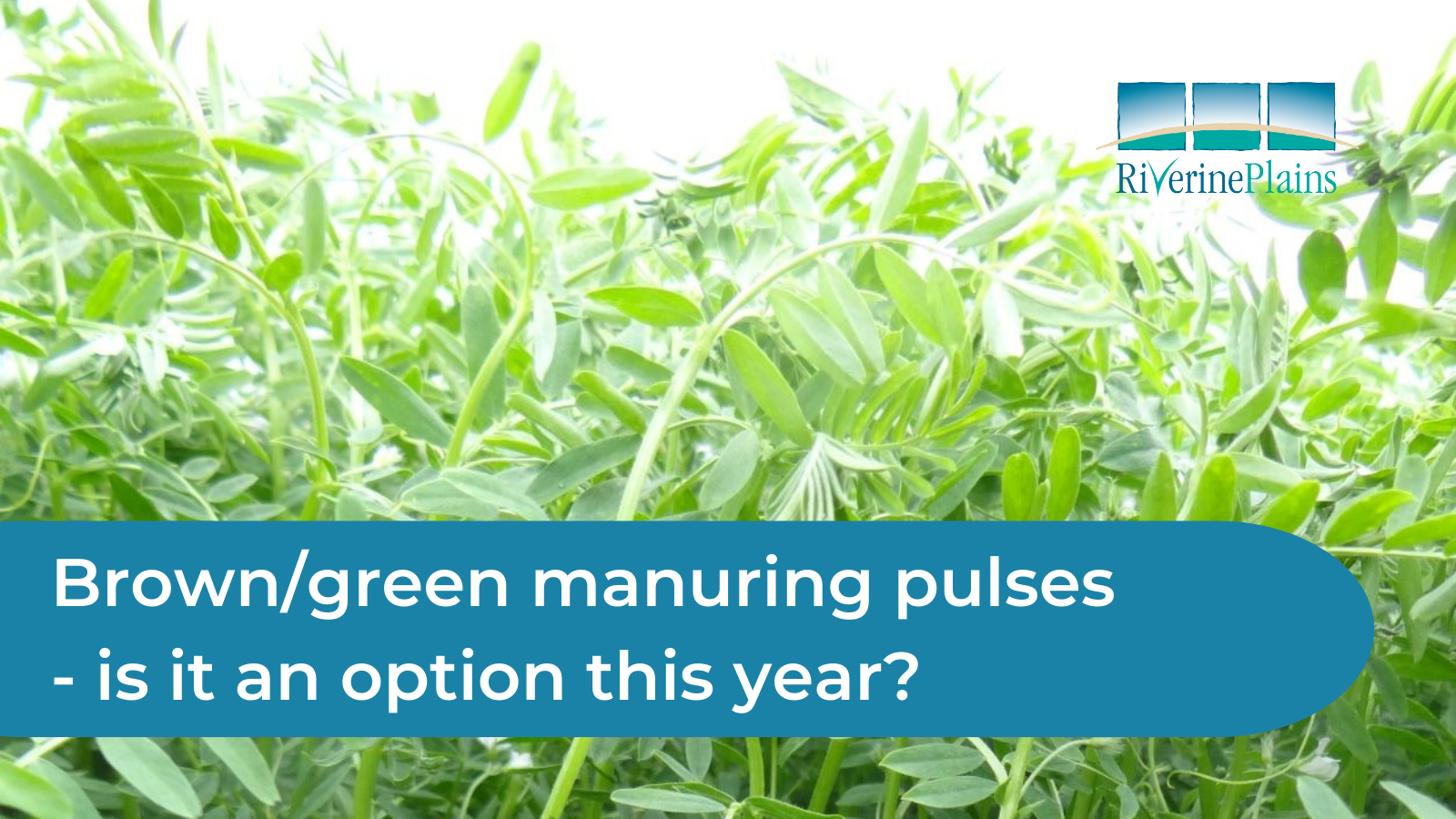 Brown manuring your pulse crop - is it an option this year?